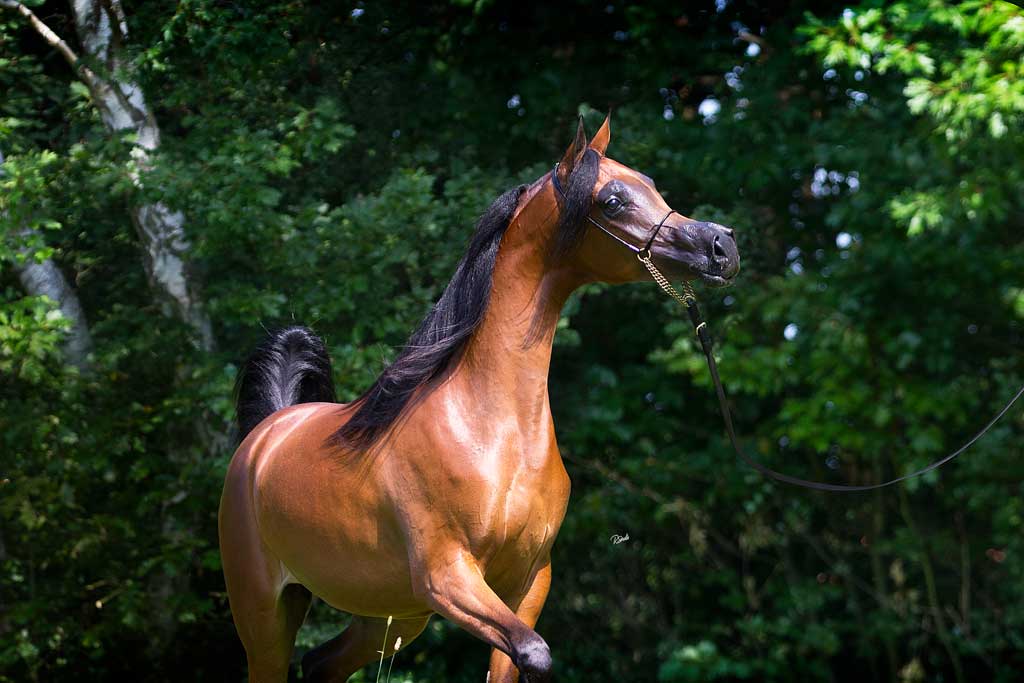 Congratulations to the following horses related to Jadem Arabians stallions or our breeding program.

Reem Al Aloush, sired by Emerald J, won her section of the 2 year old fillies with a score of 91.40, including a 20 for head & neck, making her breeder & owner Al Aloush Stud very proud.

Rshediah Al Khashab (EKS Alihandro x Psymphony Of Love) won the section of the 3 year old fillies with a grace scoring a total of 92.70, including a total of 6 x 20’s for type and head & neck. Later on she took home the title of Gold Champion junior fillies for owner Al Khashab Stud of Kuwait. She was proudly marketed as a weanling by Jadem Arabians with the assistance of our dear friends of Arabians International and Psynergy Equine.

Sultan Alenaya, sired by Emerald J, won the section of 3 year old colts with a score of 92 including a 20 for head & neck. Later on he was crowned Silver Champion junior colt for proud breeder & owner Al Enaya Stud.

Congratulations to all involved!