An ode to Extreme

In 1998 I send my mare Elegantkah (Gwizd x Eminencja) to Poland to be bred. I chose Eukaliptus for her but upon her arrival at Janow Poladski they called me with the news that they didn’t breed any outside mares to Eukaliptus at that certain moment. I talked to Mrs. Izabella Pawelec Zawadzka, who I always admired a lot, and she advised me to use Ararat for Elegantkah so I followed her advice and she was in foal from the first try. Elegantkah returned back to Jadem and the next spring she gave birth to a big bay colt, who I named Extreme. As a youngster, Extreme was shown very successfully with winning several championship titles, such as double Gold Belgian National champion, Gold champion Neufchateau and countless other titles. At the age of 3 years, old Extreme was shown by Cristian Franchescina who won the class at the All Nations Cup and World Championship, leading several very famous horses behind him. As a senior stallion, I teamed him up with Frank Spoenle for the international show in Dillenburg, where they won unanimous Gold champion senior stallion title & Best in the show. Extreme was always very confident and loved to show with lots of snorts and blows, it was truly a pleasure to watch him in the show ring!

Flirtation J who came out of the beautiful Ekstern daughter Faraula J, who won numerous championships in Europe and a double Gold champion title at the Kuwait International show.

In the last few years Extreme enjoyed his retirement in the broodmare barn, he felt like a true king there standing in between his daughters and my other mares. His stable was at the opposite of the foaling area so he witnessed a lot of foals being born. Each day he was enjoying his field and trotting around with his long tail flagging high. Last night he passed peacefully away in his sleep running to greener pastures meeting his friend Ekstern. Extreme thank you for who you were and for contributing to my dreams! 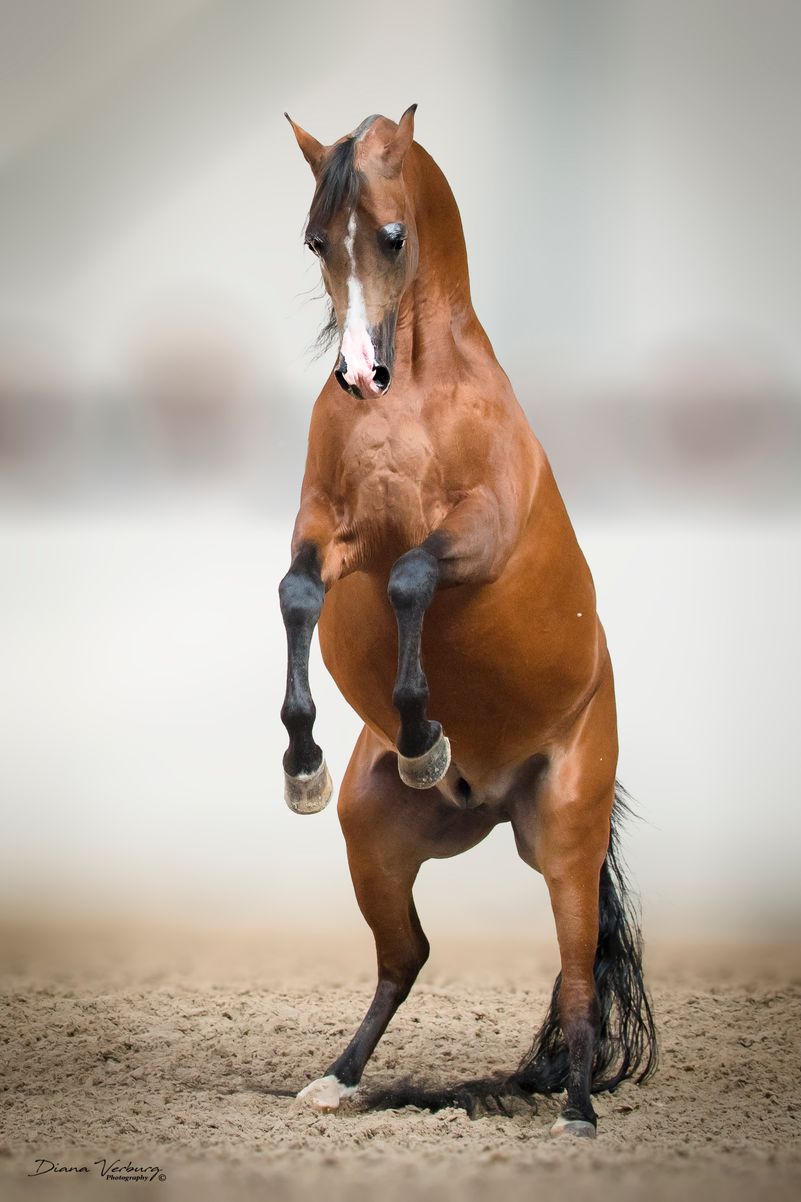